Help support our June 2020 Primary Candidates, Fighters for a True Blue Recovery, click here for more info about the candidates and how you can help.

Want to help push the progressive agenda in Albany?
Click here to find actions on your favorite issues, in our brand new HUB 2019!

Support the NY People’s Platform:
Let’s get ALL of the progressive legislation we’ve been fighting for!

The Blue Wave Won’t Happen By Itself:
Click Here to Find Volunteer Opportunities! 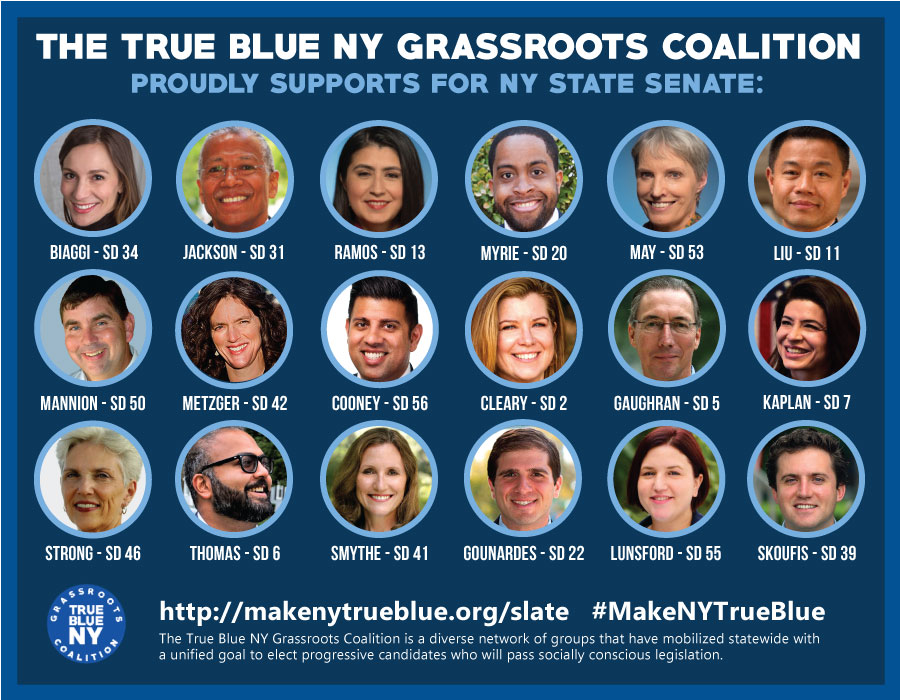 Trump Democrats have been blocking progressive legislation in the NYS senate. That’s why we’re voting for these True Blue challengers in the primary, Thursday, Sept. 13th: 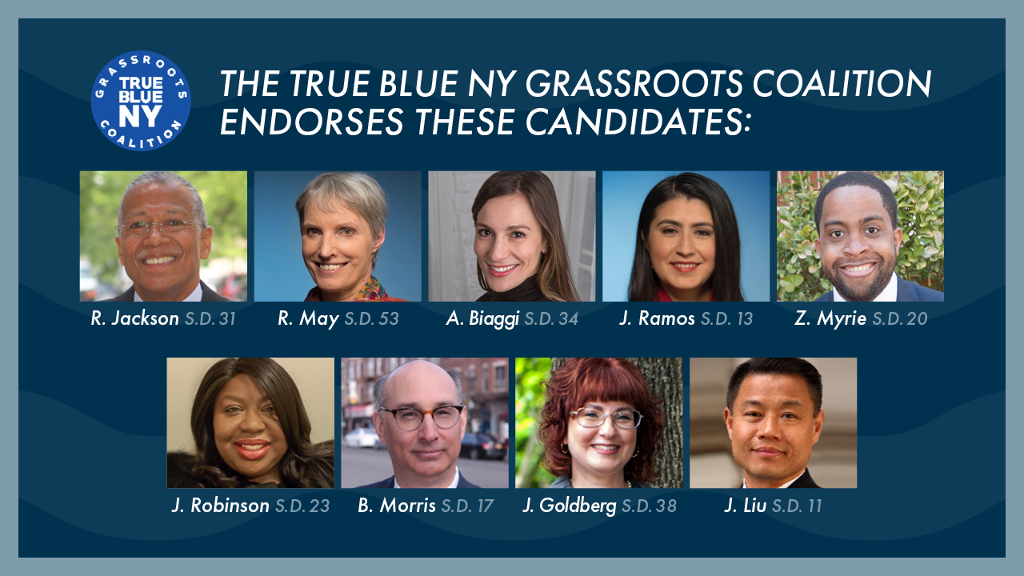 True Blue NY is on a mission to protect the rights of ALL New Yorkers by passing laws and electing legislators that support progressive values.

We are building a coalition of grassroots groups, Democratic clubs and political organizations to fight the IDC, Simcha Felder, Governor Cuomo, and any elected who stands in the way of progressive goals. Learn more…

ABOUT THE IDC, FELDER, CUOMO & OTHER TRUMP DEMOCRATS

The Independent Democratic Conference(IDC) is a group of 8 Senators who ran as Democrats but have maintained a “majority coalition” with the Republicans and Simcha Felder. Although they say they’ve returned to the mainline democrats, we don’t trust politicians who betray their constituents and their donors are many of the same corporations and individuals that fund the Party of Trump. For the past 7 years, this alliance, along with Simcha Felder and Governor Cuomo, has given the GOP leadership the power to block progressive legislation and enable Trump’s agenda in NY. Learn more…

Is my Senator a “former” member of the IDC?

What legislation has been blocked?

How do I spread the word about Trump Democrats?

How do I get involved?